Time for another of my sporadic Wheelbound updates! Now that there are enough areas created to play the game as intended for an hour or two, one thing became clear – there’s not enough reason to explore off the beaten path. 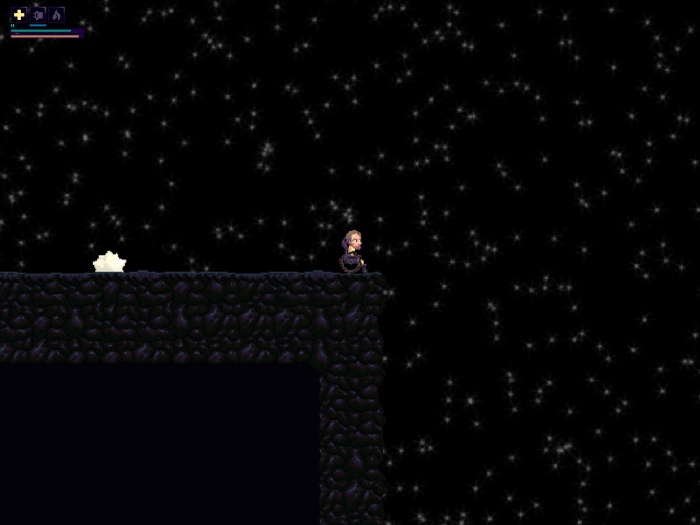 With this in mind, I have now implemented a new health/survival system, to keep the player motivated to look for upgrades. Before, the only collectibles were the actual powerups required to open up new areas of the game.

With the new system, you have a bar that is constantly counting down, representing the wheelchair’s supply of medical nanogel. This is the only thing keeping you alive, and if it runs out, the chair’s life support systems fail and you die.

To replenish it, you select a nanogel injector and press Use, in much the same way as selecting any other ability like the EMP gun or the blowtorch. This refills your nanogel bar, but uses up an injector. At the start of the game you can only hold up to three injectors at a time.

The goal is to add a bit more urgency and tension to the game, reminding the player that they are not in the best shape, and provide a good reason for exploring all the secret places in the world.

Whenever you return to the central hub of the game, there is a machine which replenishes your nanogel supply completely, so if you run low on nanogel, you can return to resupply and try again.

In addition to this, I have redesigned the GUI to be smaller and less intrusive. I think it looks a lot better now. What do you think?